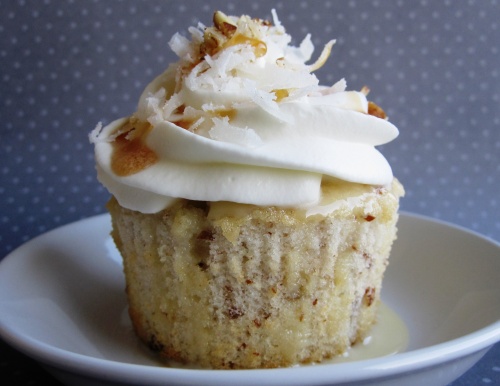 It’s Cinco de Mayo! My husband and I went out yesterday to our favorite Mexican restaurant and enjoyed some delicious food and live Mariachi band in honor of the holiday. That left me in the mood to celebrate further–and what better way to celebrate than with a decadent dessert in cupcake form? Tres Leches cake is popular for its dense, milk soaked cake and light, whipped icing. The recipes vary far and wide, some including alcohol, some with variations on the type of milk used. I liked this one because it kicked it up with a kick of coconut and pecans. They might just leave you wishing to celebrate seis-siete-and-ocho de Mayo!

One thought on “holy cow!”