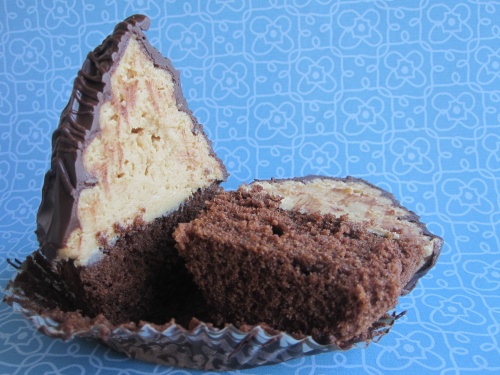 Hi-hats. They are a cupcake that I think most with an affinity for sweets lay their eyes upon with both awe and fear. When I decided to make these for a family Easter gathering, I mentally prepared for a night of melting down (pardon the pun) and do-overs as many delicacies involving chocolate have seemed to lead me to. But fear not! They were surprisingly simple, as long as you have gotten past the stage of burning through 2 bags of chocolate for every one well melted batch. They are far worth the effort, and though these tall towers make it hard to decide where to take the first bite, trust me when I say that people will figure it out.

cupcake: (from A Cup Full of Cake who adapted it from Cupcakes! by Elinor Klivans)

the best peanut butter icing ever: